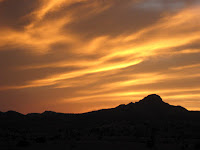 Dramatic contrasts. From the Rio Grande to the Chihuahan Desert to the Chiso Mountains with all the climatic drama embracing the region, Big Bend National Park boasting 800,000 acres, offers something for everyone. According to Indian legend the Big Bend is where the Great Spirit dumped all the rocks he had left over after he created the earth. Spanish explorers who searched unsuccessfully for gold in the mountains layered in dark lava and light ash called it "the unknown land." It is one of the largest, most remote, least visited National parks in the lower 48. Its lowest elevation is 1,850’ soaring to 7,825’ at Emory Peak. The altitude change alone creates adjustments to your day. Do check out the Gary’s book, “Enjoying Big Bend National Park,” for a picturesque overview. 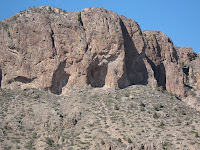 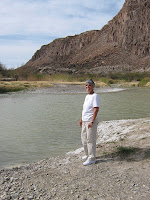 If time on the water is appealing try rafting or kayaking along 118 miles of the Rio Grande on the southwest Texas border with Mexico. For hikers, there are 200 miles of trails to explore. If nature photography or plein air art are among your passions, there are 150 miles of back country roads to carry you and your equipment from one breathtaking destination to the next.

The locals and visitors alike are a friendly lot happy to share their knowledge of the Park’s wonders. Do visit the Big Bend Museum at Sul Ross campus of University of Texas in Alpine for a historical snapshot of the region.

Pancho Villa is one of the more colorful characters of the Big Bend region. Most folks are aware of his escapades across the border in the early 1900’s. Did you know, in an effort to finance his military campaigns Pancho Villa contacted Frank Thayer and the Mutual Film Co. to film his troops in the battle of Ojinga? When the fighting did not go well, he convinced them to film a siege at Torreon where he led the troops into battle himself. He did prevail in this bloody encounter, and the film makers were disgusted. Original footage exists in a museum in Mexico City. The 2003 movie of Pancho Villa as himself starring Antonio Banderras was based on the original movie. 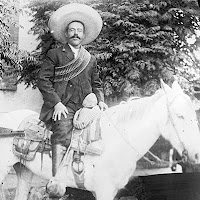 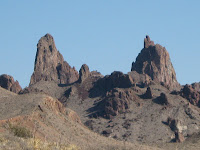 I’m always fascinated with how our parks, our national treasures, came into being. The Big Bend area figures prominently in southwest Texas history first as home to the Chisos, Mescaleros, and Comanche Indians, then overrun by the Spaniards looking to tap into the rich silver lodes. More recently in 1933 Texas designated Big Bend Ranch State Park. In 1935 Congress passed legislation allowing acquisition of the park lands, and the Park was opened to visitors on July 1, 1944. 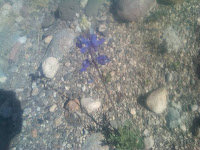 Here’s a fun fact. In 1964 the Apollo astronauts came to Big Bend to study volcanic geology so they could identify what they would see on the moon.
In Mexican cowboy poetry the Big Bend is "where the rainbows wait for the rain."
My personal goal is to get back there and spend a week or so immersing myself in all there is to offer . . . 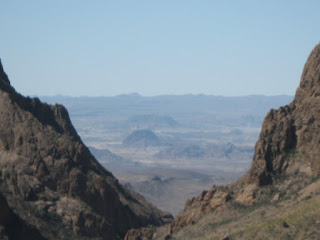